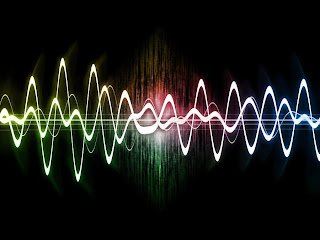 No one is week, no one is less powerful... But the victory is out come of only "Attitude"
Recently I have seen a Bollywood movie "Sankat City". In this movie their is character "Philip Fattu" he is portraying the role of a driver of a devious kingpin but he is known for his fearful behavior. Story goes like... he losses some money of his master for which he have to payback failing which his girlfraind have to suffer the painful circumsantces. He is known for his week heart and hence no one cares his burning desire to take rvenge from his mighty mater for all that pain he gives to his girlfirend.
He secretly plans out a mission to kill him and for that he takes some of money lenders into his confidence who were sick of that kinghpins repeated demands of money hires a shooter who is right hand of this kingpin and finaly hammers the last nail in the kingpins coffin by leting him know that this 'Philip Fattu' bought his death to gift him.
Take an example from epics. In Mahabharatha Shikhandi was the reason of Pitaamahas death, not because of her might but because she had promised to the world that 'whatsoever may happen to this world I don't care but I will be the reason for the death of Pitamaahas' this 'whatsoever' is the seed of attitude...
I do rather believe that a person which do not have materialistc capabilities is mightier then those who posses all that. because a person who is far behind the line of zero and is willing to chase out a competitor who is too much ahead of it can do so because he runs with that "Extra courage" which is required to fill the gap... and once he attains equality he becomes habitual to fuse in that amount energy even for the minimum of it is also not required... Cruising ahead from your psheduo limit makes you habitual of chalanging your own capabilites and this is what is the acutal requirement to develop a wining attitide.
Think of the state at which Kapil Dev had kissed the world cup trophy, think when Neal armstrong had put his feet on moon... try to feel what they were feeling at that point of time.... What would had been going on inside thier brain, soul and heart....
Freinds! the beautiest part of the victory is... It refuses to be the slave of you wills, it makes you the master of your own wills. and if you really want to taste the vicotry you can choose the reverse attitude i.e. Master your wills in order to master your dreams.
Victory is about the state at which you are at the place you were been dreaming of to be... the thorne, the sword, the canon is all your dream... just make up your attitude to rule your dream.
Best Of luck