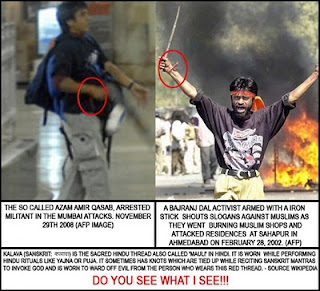 Eye for an eye will make the whole world blind. This phrase can be challenged by those who have ever experienced the terror attacks. Mahatma Gandhi once said “It is accepted that only sufferer can feel the pain but still agony can never be a base of justice”. India like many other countries has faced repeated attacks of terror mostly by the religious extremism. Hindus have been the largest among all which severally affected by such attacks in direct correlation but yes its consequences have been equally severe for all other religions including Islam. Jihad led by Taliban and other Islamic extremists have made Islamic community appear synonymous of terror in almost every western countries. These repeated threats to the life of common man have got no remedial from the political theatres. So a conclusive revolt from other non-government groups becomes inevitable. An organization as old as the struggle of independence of India is feeling the compulsion of revolting such mischievous threats to the social structure. This attempt of such a prestigious group has been termed as ‘Saffron Terror ’.
RSS a group known for discipline and peace is now locking horn with something called ‘violence of inhumanity’. Acceptance of the sin by great saint Shri Aseemanand ji and some other clear evidences have confirmed the involvement of RSS into the so called ‘Saffron Terror ’. An inhumane deed of anarchy is to exhibit evil for anything equally evil. Such acts become further grave when theatres famous for disciple and social equality get traced in such activities.
A social segment advocating ‘eye for an eye’ concept of Saffron Terror for jihad is actually nosedived with short term benefits of violence. This does not only reflects the frustration but also triggers an unhealthy mobilization of attacks and counter attacks. This should also be examined under the importance of the factor that Jihad is too much stronger then Saffron Terror and have developed the worldwide network. Saffron terror in other way around is just a spontaneous reaction of a few acts of Islamic extremists. The people of Hindus community are largely peace loving and same is the true when it comes to fetch any political support in favor of saffron cause. Both of these are profoundly available for any other religious extremists having global networks including christen and Jewish terrors. How else the political opportunists succeeded to noose the Saffron Terror?
Violence led by many global social disorders are basically because of grave mistakes in the very peace making process of nations who won in world war two.  The Hasty, wired and cruel process of Partition of India is one of the reason which made ‘Saffron Terror’ a natural evolution.
Partition was not the will of Indian common people. It was a lust of power of Indian leaders and zero-sum game for the colonial rulers. A sincere thought which ultimately proved disaster that allowed Indian Islamic brethren to stay in India if they want so. This become the final nail in the coffin of ‘peace and brotherhood’ for this country. Several Border disputes between Indian and Pakistan entangled everything that can provoke Hindu-Islam extremism in Indian soil. “Jihad” to which India was not even remotely a culprit has become a prime enemy with the notion-of-war i.e. ‘enemies friend is enemy too’. Pakistan got the support from USA because USA felt it can be a strategic alliance against Russia. Taliban needed the extremists, where else but Pakistan ‘the ever boiling soil’ can arrange this form them? Anti-Tibet factor of China started hating India because India supported Dalia-Lama. This all created big blues for a peace loving country called India. Revolt of every such revelries and constant bloodsheds have charged ‘saffron terror'