February 23, 2011
Dear Reader's,
I have given my full efforts to find out the data pie-charted in these images, though most of the data is based on the secondary sources collected from internet. Internet is a wide independent and multiple data source that indeed does not mean that its correctness is challenged. Please give your advise, views and valuable input to my study!
--------------------------------------------------------------------------------------------------------------------------------------------------------------------------------------------------------------
India is a land of opportunity this phrase have been turned out to be very fruitful for those who become opportunistic.
Mistakes:
After 1947 AD in the hasty process of succeeding towards independence indians did many mistakes. These mistakes turned out so ugly that today more $450 Billion wealth of Indians is parked in foreign banks of which Indian government is not aware!
Mistake 1.
A thought full question raised by the great Osho Rajneesh! i.e. Why Gandhi did not acceded to the seat of Prime Ministership of India.
Just give a second thought to his ridiculous questions... I know Gandhi was very old to attain to a seat which needed swift and young but what went wrong by Gandhi's denial to this seat is that most of the Gandhi Philosophers refused to take the seat in support of Gandhi's lust free service to Mother India. What actually happened because this is those who were not the Gandhians have taken the seat... those who had no morals, or value system took the seat for their personal benefits.
Its solution could have been that Mr. Gandhi could have been taken the seat for at least a year of less so that the message of inviting all Gandhi Followers to take the charge of adolescent country.
Mistake 2.
With Mr. Nehru and his industrial vision... It appears that only city culture and urbanization of Indian civilization was the only objective of India. For the thinkers like Communists (now Naxalists) India's freedom was like a process of just 'an exchange of crown'. Freedom appeared only in Delhi or other Metro's but deep in the village.... peasants remain the slaves of Land Owners. In Villages, India remain enslaved by the Thakurs and Brahmins. Indebted from generations to generations in the name of marriages of sisters or daughters. Re-structuring of Villages governing system could have brought hope to poor.
Mistakes 3.
Police force restructuring could have been a measure impact on the mindset of freedom hungry people. It was well known that police professionals were badly under paid. Power with no monetary  rewards do have a natural indict towards bribery and corruption.
Re-designing dress code, liberty in work functions and hike in salaries could have brought tremendous results.
Mistakes 4.
Education system, Nehru's vision remain alluded to the urban development only. Urban location got tremendous benefits in terms of education system. Modern education remain in the consol of Christan Missionary for long. Sarswati Shishu Mandir, Bal Vidya Mandir came very late that too did not get popularity in the wake of English Medium Impact.
Government Teachers remain under paid his again lead to a monetary dissatisfaction and a culture home tuition born and eat all the quality of healthy school education. Salary and training of educationist could taken more seriously.
Below are a few diagrams are depicting the ill effect of poor vision of our great leaders. Please try to understand my views are not anti politics... my views are pro-youngsters. Jai Hind! 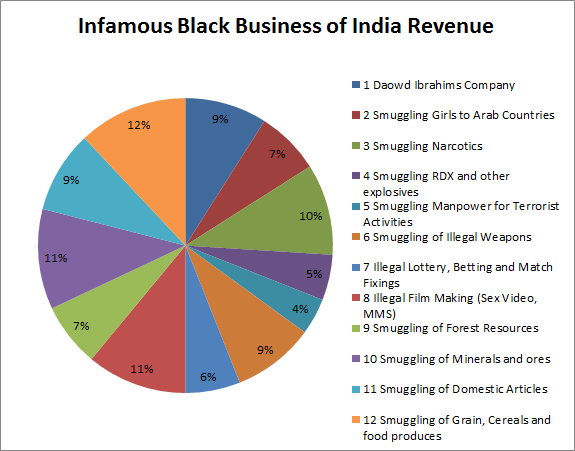 India;s internal security system is capable enough to find our how many bees are flying.. let alone the miscrent activites of anti-social elements. A movie 'Wednesday' is a classic example of it. Our brave security men are tagged by a few mighty goons listed above. Long Live Mother India! 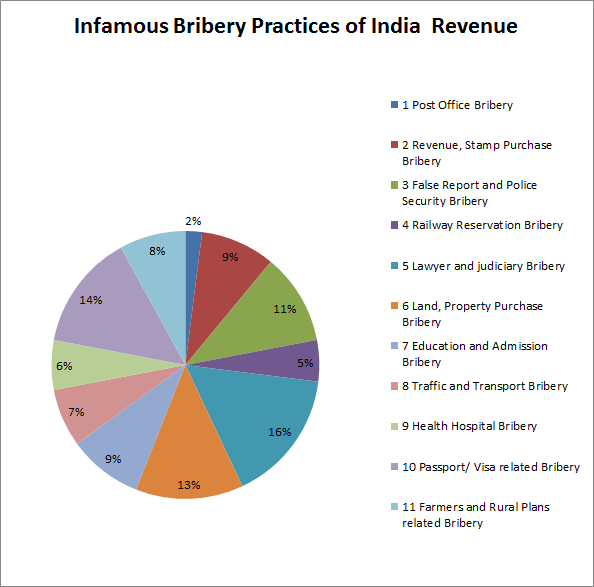 Bribery could not have been so ugly if only the stomachs of my brethren's wouldn't have left hungry. (Give your views). 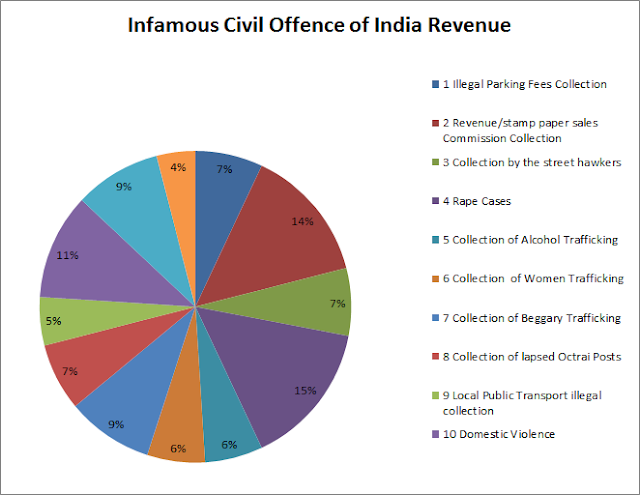 What you think? from where funds come from for all those bombs taken lives of our loved once in terror attacks? see pie chart above. 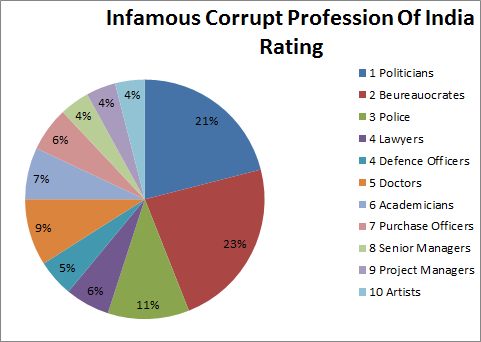 None of the profession listed above are anything less then to the service towards the sovereignty of mother India. We are equally sinners and liable to condemned to hell! 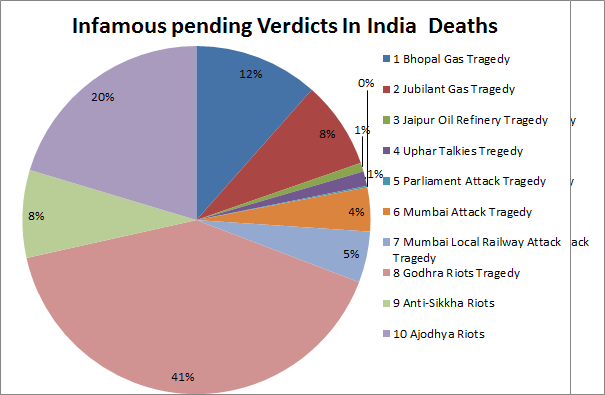 Why else do you think that now is a high time to react! REVOLT and rebel against the system so deep roots that justice is almost seemed denied! 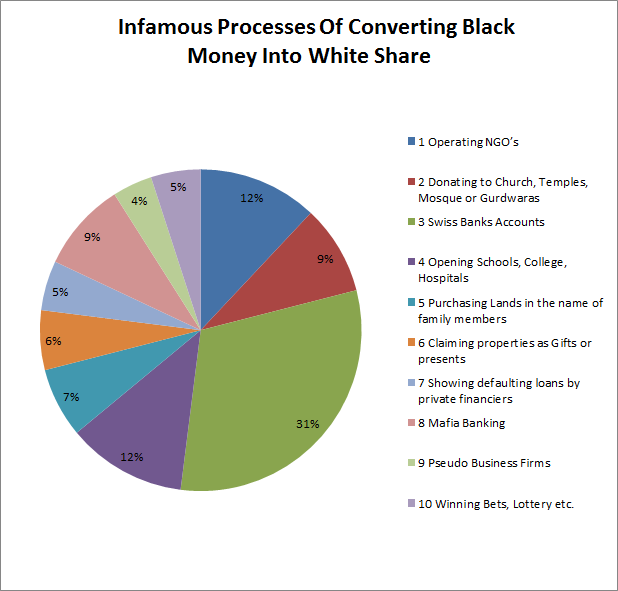 A classic examples of Escape velocity, in the fraction of seconds in front of our naked eye goons flee away unnoticed and unarrested.... one more reasons to lift a cause for the second call of independence of my mother India. 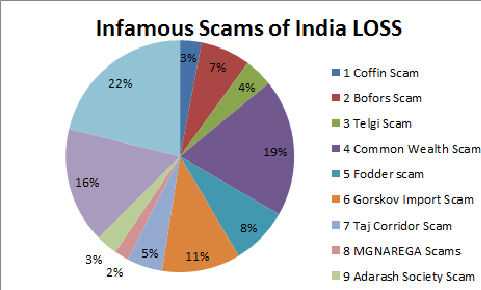 Though my last post titled nervous 99 could have given you a wider scope of identifying the curse of scams to my country... above is a small picture of the same. I love you Mom! I pray your sons will wake up! 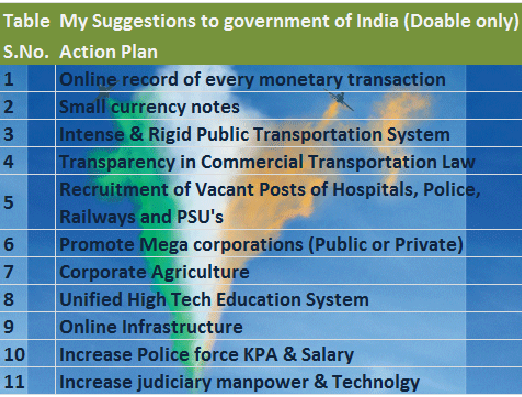 Now comes a point where I can say that hope is still not lost!
A table image above is an answer for those who think that nothing can be done to this country! Folk! every work seems impossible till you are lying in your bed and planning for it by an assumption that task is heinous. My beloved brothers and sisters... lets just begin! if not we then our next generation will taste the fruit of love peace and harmony by the total justice to the humanity. Inqlaub Jindabad!

Unknown said…
This circle is the largest anti-corruption community of India and brings together everyone who wants to get work done in India without paying bribes and the ethical way. You can join to Fight Corruption, Bribe and Corruption in India
April 6, 2017 at 7:18 PM

ankit jain said…
Great job sir,
but 1st things to strong commitment from public and government.
"Fight against corruption " gives no result now and future. Only making a culture who appreciate good ethics can do ..........
But question is that how can we develop good ethics .......