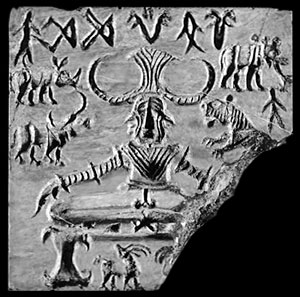 Post liberation India dreamed of a new modern civilization. A hope of total inclusive growth and social harmony kept the eyes of mother India glued till we cracked hover the Pakistan over the boundary dispute in 1948 since then Mother did not expected anything from her children. We grew like a cobs in abandoned villa, hopeless, vision less and without any trust or respect to nation. We looted, we snatched and defamed our great mother worldwide. World leaders watched us and enjoyed as if any visitors to a zoo looks at the group of monkeys and laughs. The youngest country tasted anarchy from the hand of the same blue blood who;s father had a claimed to helped fetch the independence for our nation. This did not stopped our shameful deed and height of all loots and corruption surpassed when we realized that Forex reserve of India is left only for two weeks expenditures. Victory has many fathers, shame has none... This is how PV Narsimha Rao resumed the power at the center under him our then Finance minister Dr. Manmohan Singh relaxed the Indian Economy.
India's two greatest achievements are basically two greatest externally forced deeds. First, our independence is given not taken and second our 1991 economic reform was a compulsion and not the choice. This is how our mixed economy added quite more capitalism in the flavor. Both the mistakes, although,  paid hefty reward to this nation. at the time when we were not prepared for the freedom, we got it and we manged the transfer of the power quite appraisingly. At the second time when, opening of the economy was never planned but happened. This is how ways for this global village came into existence.
People like Sabeer Bhatia shaken the worlds attention towards Indian, he made then believe that "Boss! Indian are far more talented then anyone in the world!" I am not going patriotic while stating this sentence but folks! we fetched respected space in IT revolution at times when we did not had any infrastructure available to do it... Imagine if we Indian ever had computers in home way back in 80's.  Post Y2K everybody in the world got to believe that IT age is for Indians. The Concept of Business Process Outsourcing (BPO) intensified the lifestyle of youngsters. A country where largest educated were unemployed, all of a sudden crunch of English speaking youngsters soared the average salary paid to the just schooled teen agers.
In fist quarter of last decade 2000-2010, 'being Indian' become the qualification to work in any software company of the world. Happy go lucky, freaky, dreamers, moody, lifestyle savvy all came in line to earn money. A generation become Independent... A generation before marriage, before social responsibilities, before any burden of family accountabilities become rich to go Cinema, to restaurants, to go for world tours. 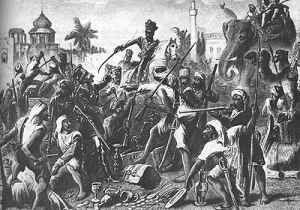 This does not happened all of a sudden, referring to the Book "Imagining India' where Mr. Nandan Nilkheni have narrated about the boon and bane of English in India. Lord Macaulay who had envisioned that for clerical jobs Britain should train Indians so that Britain can reduce the cost budget East India Company. This become the foundation idea by which Indians started to get western education in English. A first nail to the coffin of British India Raj. As I told repeatedly in many articles that a literate young population can never tolerate Monarchy or Autocracy, we Indians too revolted against the giant called British India but only because we get to know their strategies by knowing their language. This impact was largely seen to the places like Madras and Kalkatta from where these Europians came and expanded. this is why people of Calcutta are more educated and are great thinkers and people of south India are remarkably connected to the western countries and are more educated too. the national language dispute which till date is a gap  maker between Tamilians and Hindi speakers is because of these decades long developments only. 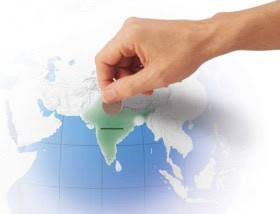 Coming back to the present, India in 21st century is growing with IT revolution, A big chunk of population with big salary wanted good lifestyle. they too wanted to buy fashionable apparels, wanted to eat Pizza, and they wanted a style savvy shopping experience. they wanted banks to park their money. they wanted house to be lived in. they wanted cars to drive with status symbol. A big wheel of fortune started churning jobs for everyone. IT boosted Banking, Retail, Tours & Travels Hospitality and this economy started churning money for everyone who willed to participate in the march of might.
GDP growth rate soared to 9.2% in year 2008. poverty index slided with ground breaking rate of 12%. Unemployment rate slided from 8.3 to 7.1 percent. Average primary school enrollment increased to 105%. quality of technology used in school education increased. Hospital facilities improved, use of sterilized vaccines came into practice in government hospitals. Maternity Mortality Rate slided to .045 per 100. Life expectancy at birth zoomed to 64%. Hygiene sanitation Use (U+R) become 28%.
All these are signaling a strong growth of mother India, but my stand remain firm that NONE OF THE
POLITICIANS HAVE A SLIGHTEST ROLE IN THESE DEVELOPMENTS. Rather these bloody roosters have enjoyed the piling go-downs food grains. Telecom industry soared not because of the political efforts but because Indians demanded it from the private players. if these rascals could have slightly concerned with the increasing needs of citizen they would have shown mercy in the amount of bribe these private companies had to pay for every bandwidth alloted (perhaps the call rate could have gone down further). Any-any success story you pick up, I double guarantee that ministers have always played a roll of friction and resistance in success story of India. 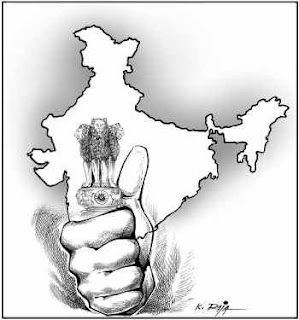 If Indian political theater would have taken a little interest in the development, infrastructure could have been much much better then now. Agriculture facilities like irrigation and fertilizers and other related equipments could have been provided in better way. Rural sanitation facilities could have been many fold more then 12%. Polio could have eradicated. death by Cholera could have been curbed down. because these were the forte, private players neither had rights to work nor had interests to work... these segments had shown least growth in a trillion dollar economy. Pals! mother India needs your contribution for the total inclusive growth of our brethren... Please, Please, Please wake up!!!
With a Strong Hope "Jay-Hind!!"