- July 29, 2011
Sad! In the country where Yudhisthir, Raja Harish Chandra, Mahatma Gandhi were demonstrated the power of truth, the democracy of the same country is not able to figure out the same out of the millions of evidences of the attacks over Mumbai! 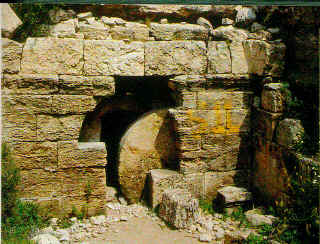 Whom to blame when your own people are betraying you? I recall a sentence of my old college friend 'whatever is going tho happen with you, at least one in your fraternity knows it in advance! i.e. their is no room for backstabbing without buying the trust level of your very own defense circle. During my life, I observed the validity of this fact too often.

Point is, if at the very individual level... breach of security is purely based upon the leak in trust level... then are we left with any option but to regret for all those moments forced you to believe on the person betrayed you?


We have thousands eye witness of Kasab's act at CST station, many of them openly commented that he is the man who waged war against our country. We have many CCTV records showing him spilling bullets out of Gun. All the investigations are showing the whole story of how, who, where, when and why it was planned.


I guess if someone claims that 'direction of sunrise is not east' then Indian judiciary will take five years to collect all evidence of the fact! Verdict? After the presidents will.... uh!


Though the sad part of my effort is! I am just barking.... and the wise men are laughing. Reading newspaper, watching TV news and doing our daily job is like following a well planned system designed by the global leaders. We are knowing what they want us to know and we are reacting what they know we will... Globally, we are the smallest chip set for a very small function of this matrix!


Fuel prices are being hiked and we are getting the news that it was a forced decision of the government! But in reality? Iraq war, 123 Nuclear Deal, Recession and Indian Oil Industry are the same thread of global diplomacy.


Friends Might is Right! I agree, but then Might must do the Right things!!! Who will ensure it? The answer is Quality 'Education'


In today's arena: 'truth requires an evidence' because of the ignorance of the masses. I want that culture back in practice, when a sarpanch of a village executes his verdict in the same meeting based on his conscience and the evidences available. Transparency, proper information develops trust and trust is all this mankind requires today!

Rahul Patil said…
Definately, its all a gimic of those so called develop countries and hoch noch leaders of world. they do not want to prosper each & every human being on the planet.

God please awake all people of this beautiful planet to save this for our next generations!!!
August 18, 2011 at 1:23 PM