- October 24, 2011
Physics tries to answer every damn thing which can be observed by the five senses poor human has. Functions of eyes, nose, throat, ears and skin can effectively measure the size of Universe. Science even can tell you why tears come, why heart beats raises, why love happens and how reproduction happens.

My complain with Science is, why all this happens without any physical resemblance often? i.e. why one cries when some loved one dies? Why one cries when love fails? How hormones trigger emotions? 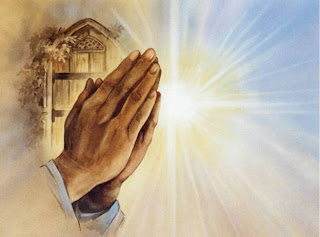 If science cannot answer any of the above questions than also satisfaction becomes far cry because I still have certain questions...GOD, EVIL both exists or only God exists? If both exists than are they fighting with each other for us? or they are just playing a game of chess, where we are the pieces on this cosmos is chess board!

After too much munching and seeing this world. Where one enjoys the life despite of too many sins and one suffers despite too much faith on God. Where almost all the laws of science fails at certain places. I believe, super natural power exists but that power is a benevolent God or a malevolent Evil? I am still not able to figure it out.

I sometimes feel that... We human or entire living being are some kind of characters in the play scripted jointly by God & Evil. It is as good as a chess game. We get an illusion as being a queen, rook or knight as if we have killed the rival but we never no that plot is designed by someone else. We get an illusion that laws of this chessboard is rigid and cannot be changed only to see a miracle suddenly to realize that things are not completely in our control.

Evils and God are like Terrorists and Governments! No one cares who dies, how many dies and how much suffering one gets after such disasters! either Kasab or Karkare whoever dies they plan everything out of the battle fields at their safe heavens. It is Delhi and Islamabad where the fate of all those soldiers fighting at the border is being written and poor soldiers think that they are brave and mighty to win and kill.

According to Geeta 'Work is worship' but of what kind? well Kasabs'? Ladens'? Dawoods'? or Gandhis', Mandela's, Ayub Khans? who work is worship? Answer is anything you do by your own will and gut is worship not matter you kill, loot, cheat or attack but if you are doing it by your own personal will and call of the will than you are doing worship. Sadly 96% of human race is doing things beyond their own will! Worship doesn't mean praising God/Evil! It actually means making meaning of your own life by accounting all that moments you lived! 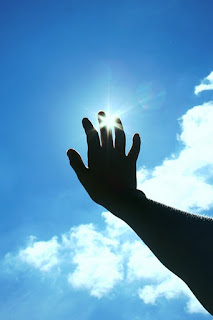 Microscopically: Their is nothing big a human can do to this world! No Einstein, Newton, Hawkins, Gandhi, Lincoln, Plato, Kalidas or even Ram, Kirishna, Buddha, Jesus or anyone can do any favor to this law super-natural dictators! All we can do is the cherish the feelings and emotions we have got to feel the happiness. Even if it is all fictitious!