December 11, 2011
Beyond doubt this is a fact that "Ecological Balancing" should be the top order operation conducted by not one, two or three but the whole world but if USA got to lead this show! It will turn out to be that massala "Dirty Picture' for the human race! 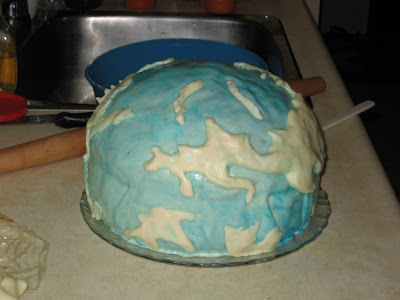 Well, I heard once the prime minister of Egypt said to his US counter part "you ate all the main course, desert and soups and than while coffee you called us to split the whole bill" i.e. you used all the resources of he world to it's fullest and now you want us to participate in the carbon credit cut regime, this is unfair. Indeed, this is unfair but the question is "if my big brother have eaten all that my sick mom made for us that I indeed should not insist on my mom that she should make all that again for me too"
Though this is me who will decide wisely that mom should not get the pain of remaking all that again but my big brother still have no rights to command me for all that. US is doing it with India and China.

I still would have consumed this but US is doing it again with ill-intention! Yes, ill-intention.... US after it's forced capitalism and capital market models has ruled the world for more than 50 years. Now with frisking global melt down, US and their co-plotter in Europe are feeling the heat and are sensing the threat of loosing the global leadership. Japan's earth thrombing crisis has made them realize that nuke power monopoly will not let  the third world make him the dad of all so they are again looking for the leadership of global ecology balancing.

In a statistics, it is shown that an American consumes 32 times more than a Keniyan... that means if I calculate a Keniyan as a one human and an American as 32 human than I guess the global population is 29 Billion in spite of 7 billion! add cattle, aqua lives and birds who are based upon what human grows in their farmland than I guess, we have the responsibility of more than 34 billion guts to be fed...!!! 29 billion aspirations, dreams and ambitions... many of them are thriving for an Apple Mech Book, a Galaxy, branded dresses and what not! How is it possible to force them cease to dream and aspire! and if not!! than how are we going to curb down the growing carbon emission in Chinese factories?

Well! Irrespective of all that we aspire for, ecological balance is responsibility of all. Sadly US knows this fact and so that got the instrument of leading the world once more! They new that 'code red' i.e. keeping communistic approach of global governance is essential to keep third world nations under the noose... so they did all that can succeed 'code red'

1970s they discovered Crude Oil is the liquid gold and will turn out to be the back bone of the future economy... they did all to control the crude oil market. When they got exposed, they began open dictatorship by destroying Iraq, Iran, Philistine, Turkey and are now forcing Democracy on Egypt, Sudan, Libya and all that countries where crude oil is available. I call it 'Code Green' though they say they meant 'ecology safety' by the term 'code green' but as red exhibits 'communism' green exhibits 'Islam' and the world knows 'Islam' is strongly against the west as same as they communists used to be.

I want to contribute towards Mother Planets health but not the way First Word forces me too!! this is my 'Code White'
CODE WHITE??? Will detailed it soon!