Showing posts from September, 2012
Show all

In capitalizing global economy no one will do charity business, naturally they have profits in mind but if we are opening our doors they are opening theirs too. Stop complaining, grow up! Take the challenge and win!  : Jitendra Verma
In Rajeev Gandhi era when Computers arrived to India, opposition parties claimed 'In a country of Lalten and Bullock-cart where even electricity is a far cry, what computers will do?' They further extended their protests by provoking poor civilians that 'A computer can do 1000 clerks job which means one computer will cost the job of thousand Indians'
Today computer is the source of livelihood to the population which otherwise could have fighting for Brown Sugar, Cocaine, Opium.

1991 reforms of government had a criticism of bringing economic slavery but we are the witness that the per-capita income of India has grown from INR8109.00 to INR53300.00 per Annum since 1990s to 2012. In 2012 for the first time India witnessed a history of having mid…
2 comments
Read more 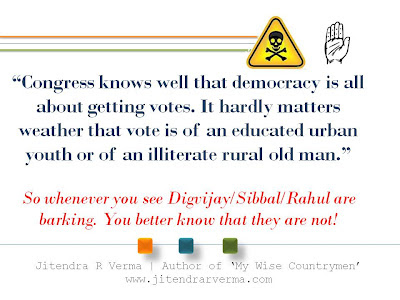 An Official Plan of Action My Code Red is a chronically planed action towards my mission of designing a system of providing quality education to anyone who has willingness to learn new and contribute towards the betterment of mankind.
I fail to understand why reformists hate active politics. Why do they think that they can help demand anything from the parliament but they cannot walk in to parliament to act. Experts says politics is a passion and so it has nothing to do with reforms or welfare to mankind. I cannot consume this idea.

If at all politics get termed as profession then its USP is that it has no personal life. Entire mankind turns out to be your extended family. When a thought capacity of such kind matures up one transcendent into the profession called politics. This is how great leaders like Ashoka, Akbar and Aurangjeb brought prosperity to India. However they refused to identify blood relations as their personal relations which was the necessary action of their arena not t…
1 comment
Read more 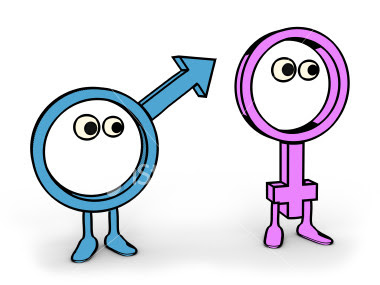 A group of young women of USA has demanded the right of roaming topless as does their male counterpart. In another major development Saudi Government is developing a city only for the women so that they can get away from Burkha. India too has noticed scientific rise in the registered surrenders of new born children by unwed mothers in-spite of abandonment, miss-carriage or abortion.

It becomes vital to comment upon sleeping cell activity of a volcanic class of human society when it is gaining power via uncontrolled consequences of globalizing human civilization.    Media recently reported that "Indian women are the passive bed partners". In this study, it is also mentioned that this trend is shifting fast. As per a social think tank 'India has been a country where women desires were been compromised since last 5000 years. Microscopically if we observe the social consequences, it is a taboo to any society which is ignorant to the desires of its half of the population plus …
Post a Comment
Read more
More posts