Time To Check If We Are Reading Headlines Or Faultiness


Time To Check If We Are Reading Headlines Or Faultiness

“All these breaking news are breaking everything to which we call ethical, legal or sometimes morel!” :- Jitendra Rajaram 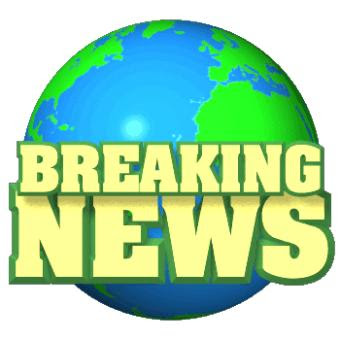 Newspapers are no longer faithful source of news. Neither is any other conventional media! It has become or rather it always has been a tool of creating propaganda. Administrators used it as a tool to broadcast information quite strategically. Internet media is uncontrolled, viral and quick which is allowing everyone to contact with everyone else. This is so we are now able to gauge the level of lie all these conventional broadcasters tell us. Let me unfold some…
Kashmir Issue
As per the guidelines Instrument of Accession Act 1945, J&K belongs to India but as per the future planning promised by MK Gandhi and the treaty signed between Maharaja Gulab Singh & British India in 1870AD, it should be given to Pakistan. It is only Indo-Pak war of 1948 followed by the All India Radio speech of Nehru (He demanded international interference on this matter) that the problem worsened. As of now both the governments are not using the disputed land and minerals fearing another war. What painful is that the development of poor people living in and around LOC are suffering like in hell. Both the party are OK to accept Red-Cliff line as an International Border but are waiting for the strategic mileage to grow.
For lay men, both countries has hyped it as a prestige issue. Irony is we actually have a lot to worry about our household than to develop hate against Pakistan over Kashmir.
Telangana State
Not only Telangana but also Vidharbha, Bundelkhanda and other sub-classification have a lot to benefit and a lot to complex. Benefit is that it will increase jobs, ease administration, reduce communal anguish and focus upon the customized development of that state. The bad thing is that while these entire things can also be done without disintegrating the states, it will lead to further ease corruption and mal practices of nourishing communal tensions. It was well adopted policy of dividing states based upon the regional languages only so that the homogeneous configuration of caste, religion and color cannot be disturbed. However the federal structure of governance is essential so that the proper network of administration can be established, for this bifurcation of states can be an essential step. What are worrisome here are the notions that are being attached to it by both the parties favoring and opposing the disintegration. Common men are being told that they will get the chances of choosing their own people form their own clan in ministry and other such explosive emotions are being embossed.
Terror Attacks
There is nothing like terrorist! Anyone who considered violent path to hook against the ruling class and their unethical manifestos are being branded as terrorists. Every society has own local norms and rituals. It is natural that these norms and ritual appear awkward to any other clan. This should not be termed as anti-social or unethical. It still should not be read as violence and massacre should be tolerated in the name of ritual but it also does not meant that any foreigner power should colonize them with an excuse to teach them civic senses. What we all are doing with Persian (read Islamic) people by tagging them as terrorist is actually an attempt of raging them and inviting them for the brutal war for no sensible reason.
Islamic terror is nothing but is a master plan to keep Crude Oil price soaring and keeping third world nations hooked for fuel budgeting.
Cricket Mafia
I used Mafia very appropriately because this is single largest game in India which is treated as a prestige issue. This emotion is perfectly utilized by two countries. I.e. India and Pakistan! For all those so call terror attacks and counter terror attacks, they best both governments agrees upon is not to play cricket. But when ever economy goes sluggish, first thing they do is to send invitation for playing cricket tournament!
The amount of betting and cheating happens in a cricket match is not hidden from anyone but no one talks about it on judicial ground.
Financial Trap
All that we hear about Rpo-Rate, Reverse Rapo Rate, CRR, GDP are so beautiful numbers that it really feels good when you successfully calculate them. However these numbers are just beautiful in calculations. The way Real Estate, Education and Infrastructure cost is ballooning, it is nothing but a process of churning money from various pockets to finally back in the accounts of industrialists. We are employed by them, paid by them to buy what they produce, by taking loan what they kept at banks and we are just paying interest rates for round of these money rotation. We think that by buying health insurance or life insurance we are now safe but actually we are funding these industries by our own sweat and blood for no attempt made by the industrialists.
What has actually happened around us is that everything has been ballooned. The bulge of obesity is chronic be it medical, biological, financial, legal, communal or political but we all have turned obese. We have already invited the chronic disease by defecting very cardio vascular system of our own world. Eco-system is already polluted, what these well educated journalists are doing is keeping this fire on to buy some time for their own good. Oh not only these journalists but everyone of us are doing exactly the same. Best of luck….