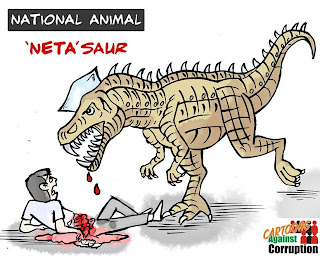 "These days’ youths are joining politics with an impulse of emotional call to elevate corruption. Magnetic forces of old corrupt parties are trying hard to woo them. They’re not only succeeding in exploiting this young power but also damaging the whole generation.
It’s visible that young men and women are widely taking extreme stands upon their religious sentiments. They’re so badly misguided by the extremists that they’ve almost lost their senses. They’ve given up their reasoning capabilities. They’re brain washed by the shrewd orators.
Example
1.     Gowelkar (Founder of Hindu Mahasabha) thought that Hindu’s are widely divided in terms of ritual, belief, deities, ethnicity and anthropology. His first challenge was to bring every Hindus under one sentimental revolt. He figured out that cows are found across India. Cows are worshiped in Hindu but slaughtered by Islamic & Christian Indians to produce beef. He thought this could be miraculous to advance politically but he failed. Over the period of time when TVs become famous idiot box of every Indian households. A weekly TV soap ‘Ramayana’ become historic hit. 12 Million People used get studded on 3 million TV screens across India every weekend. Ram Lalla’s birthplace turned out to be the game winner for now RSS nourished BJP.
2.     Opening of the economy due to unavoidable foreseen bankruptcy invited western capitalistic vultures to eat the dying flesh of Indian Socialistic fabrics. Indian minerals and natural recourses worth billions of dollars are sold in Pennies and Annas to western giants. In return of fat bunch of dollars they tossed some coins in the hands of starving Indians. This has been promoted as India Shining or Bharat Nirman by the politicians who by now are fed tightly from mouth to anus.


3.     Powered by US, Pakistan casually sought for expanding its territory by reducing India’s volume. USA in the quest of tossing Soviet into ashes went to the peak of faulty foreign policies which encouraged Pakistan, Israel and handful of theocratic radicals like Al-Qaeda and Taliban. It intensified already burning domestic conflict between Hindus and Islamic minorities. While Pakistan gained Dollars, Indians only triggered riots after riots to kill god fearing poor citizens.