The inputs of this article are taken from “What money can’t buy - An Article published in The Hindu Friday Review dated 6 December 2013” Written by Sudhamahi Regunathan which narrates the excerpts of the interview of Dr. Michael Sandel, Professor of ‘Political Philosophy’ at Harvard Business School, USA 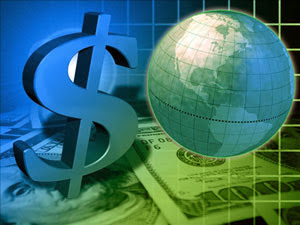 “If the only thing that money determined was access to a Yatch or a BMW then inequality wouldn’t matter much but because money governs the access of livelihood too, inequality has become a great deal!” said Dr. Sandel in her interaction with scholars of political philosophy.
‘Market’ is a word I developed a hate with! It forces me to imagine a place where naked bodies are displayed with a tag ‘on sale’. To me its cruelty is far deeper than I sketched it just ago.  ‘Society’ however is a word I am studying with excitement. This author (Sudhamahi) did something like fire-water mixture thing! I.e. coining an abrupt term ‘Market Society’ reading her piece was a ride of new discoveries.
The fundamental adjoining point between society and market is ‘money’. Precisely in this era, its capacity has grown to trade almost everything mankind needs. It is a miraculous of invention of economics. Money has liberated the market from barter deals to reduce monotonous transactions. Money since then has become the most important instrument of trade and commerce. Its increasing utility in every big or small cohorts of humanity made it equivalent to some god. Yes god! Because both are equally fictional and equally feared as being real!
The greatest good, if exploited insanely, becomes the cruelest evil. After World War Two, arms took the back seat only to let the money attack. Today money is powerful than any weapon man can imagine. As predicted by economists then money today beyond doubt controls everything including the dreams that we see and hopes that we develop. It is now getting insanely exploited… Time is now showing the other face of truth i.e. ugliness of money…
A piece of paper (printed in such a fashion which is difficult to copy but not impossible) is exchanging everything in material or in thoughts. Dollar for example is helping USA to own all the gold, diamonds and ivories of the world! A rupee, as another example, is redefining the quotients of public welfare! How terribly bad it is that government is committing to improvise the life of remote tribal lives by not even going there but by transferring some digital numbers (RTGS/NEFT or something like that). This process fashionably called ‘Direct Cash Transfer’
As Dr. Sandel asked “Would it be right to give cash to children for buying books in spite of getting those books from the market for them?” in our social level it is question like “Will you get the same result if paid in cash when all you desperately need a caring hand?” Direct Cash Transfer will bear results something like this. It is reducing the viscosity of money only to make it free flow in the areas where it is so far not reaching.
“Economists think that market is inert!” Dr. Sandel says “Market, as they believe, doesn’t touch or taint the goods being sold, it just transfers them” Well if we are buying an oven, sofa or a TV this argument stands correct but when we are buying ‘Teaching, Studies or news” this hypothesis fails.
Money is fading the real definition of ‘ambition’. It, now a days has, become synonymous that success means ‘bank balance, car, house and club membership’.  It doesn’t matter that you work more than 60 hours a week to please the boss and expect few more bucks in return. Ambition has actually become an illusion of another form of slavery. It doesn’t matter that for earning money you are leaving your parents thousands of miles behind. Because for now earning money is the supreme objective of mankind by selling bombs, guns, hatred, riots doesn’t matter!
You can’t vote because you are far away from your voting town. You can’t elect the government where you are leaving since decades as student or employee. You just hope but exactly what you hope is fading… money is all you see. Eyes are closed or open doesn’t matter. This way we are creating markets not societies… this way we are not translating our unity in the form of democracy but we are actually selling ourselves to market. Societies have been broken only to be reorganized as market. Money is becoming the master’s lash! Think it over…