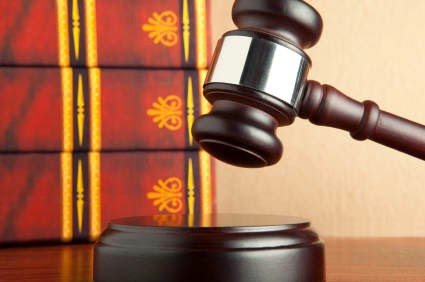 "If community leaders (etc.) exclaim that they're on the verge of extinction if they don't fight back, it becomes pointless who sponsors those wars. Or by what means money comes. Corruption becomes merely a legal complexity worth nothing" :- Jitendra Rajaram


Law alone cannot behold justice. Lack of evidences or morphed evidences can defer the judgment of any quantum. Often delayed judgement or diplomatic selection of time of pronouncing judgement destroys the hope. Social opinion towards any person shatters every laws and norms of State, the last call of social criminals.

On what ground Lalu Yadav is out of jail? On what ground will Jayalalitha remain out of Jail? Why judicial systems took two decades to convict these politicians as guilty? Why Amit Shah is acquitted? Why Abu Salem is not pronounced guilty? Why Asharam's verdict is pending? Swami Dayanand Saraswati, Pragya Singh Thakur, Salman Khan are NOT sentenced? Why Anderson of Union Carbide died natural death and never prosecuted? Isn't it ironic that the convict of Bhopal Gas Tragedy was never even arrested for once?

Justice is largely undefined or half defined in all the books of laws. The constitution or any such instrument sought to deliver justice cannot qualify to mention all the complexities of present civilizations. Crime, intention of crime and crime as the only of option to survive can never be distinguished by the court of law in accuracy. For example, the term rape is not adequately defined in law, there is very limited scope when a man can allege a woman of his rape. Often this happens when woman belongs to privileged class and the man from marginalized one. The mercy goes to women and justice(?) comes to man. In financial frauds, the interest on loan is not adequately regulated it purely functions on market pressure. Law cannot differentiate intentional stealing, forced stealing and habitual stealing. Law cannot examine scene of crime in minute detail. Law fails to figure out the integrity of investigator, intent of witness and circumstances of convict.

The most noticeable yet ignored weakness of Law is its freedom of time. Privileged party always delay the verdict by deferring the dates. They manage to seek suspension of the Court of Inquiry for indefinite time. This is the easiest tool to suffocate the challenger. It lets the oppressed die a natural death in thirst of the unending hope of justice. In addition to it the safety of the law-keepers lies in the mercy of the State. Hence State by default influences the judgement as it pleases it. So natural to say that whistle-blowers are never protected and cannot be protected in existing set of laws.

Justice in my land is crime in yours an so does mercy. While LTTE assassinated the former Prime Minister of India, India as large nation couldn't trail Tamil Extremists sufficiently. The justice and mercy also differs on the basis of social consciousness, while inter-caste marriage not even raises eye-brows in my society it amounts to capital punishment in Khap Panchayat. Corruption or stacking money through unethical means may be a crime in laymen point of view but a categorized society believes that wealth is important in the struggle for the good of their people. It is exactly where MIM, SP, BSP, BJP and Shiv Sena kind of political unions gets the public acceptance for all the corruptions they do. When Muslim's Leaders cry out that money is needed to fight for the justice due to Islam, it becomes irrelevant that by what means money comes in. If Dalit, Tamil, Hindu, Khap, Naga or Kashimiri leaders exclaim that they're on the verge of extinction if they don't fight back, it becomes pointless to think who is sponsoring the wars. So if a new consciousness of the society is targeting the corruption and corruption alone then it only shows that they've not done their homework.

Justice and equality has never been the agenda of any socio-political institutions. All the revolutions in its favor have only short lived.  Every time it failed, it is pushed behind in the darkness. It's not that mankind never identified this flaw, it is just that no one came up with the solution of it. The best these unending negotiations between privileged class and marginalized class have done is, however too little, Law-book and Judge together become the announcers of verdict. We managed to adjoin the 'Judge' and the 'Law Book' to jointly pronounce the verdict. That too this settlement is heavily quantified by the defined terms of De-Facto (As it is written in law book shall be pronounced) and De-Jure (As the wisdom of the judge commands shall be pronounced). The recent examples of judicial verdicts when it dealt with Kasab, Afjal, Amit Shah, Salem, Salman, Sanjay, Lalu, Kanimozi, A Raja, Jayalalitha, ND Tiwari etc it is evident that present system cannot curb equality. This system is has infinite limitation to serve the purpose thus it shall be overhauled.

In conclusion, I am fearless to make this statement that until judiciary, governance and administration of any nation is not serving justice and equality to the citizen, patriotism is an unethical demand.