"Let’s do fancy advertisements in every media sources to 'give-up' reservation, why should we attempt to amend constitution for this pity thing" 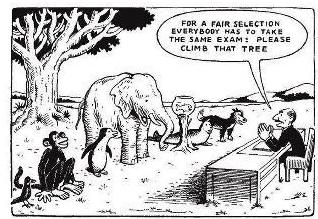 "In India, the debate upon reservation is unending. Everyone living in India or living as Indian have their viewpoint about it. No matter if the arguments are in defence of reservation of against it but most of these viewpoints are self-contradictory.
The most acceptable argument, where both extremes of debaters seek consensus is that there should be a reservation in India but not on the basis of caste. Somehow, most of the people are convinced that even the poor of elite caste deserve reservation and the privileged low caste riches must not be allowed to be the beneficiary of reservation.
Well it is hard to debate against the ‘collective conscience of the masses’. Even the supreme court of India considers ‘Collective Conscience of the Masses’ as the last resort of their D’jure Dilemmas. Especially when supreme court is dealing with communal riots, terrorism or heinous crimes like brute murders after rape. If the majority of a population believes that economic status of the household must be the basis of reservation than any argument against it will be cursed or threatened. Am I scared?
Yes, because I am alive I am scared but
I however, have learned to write only because I want to challenge this “Collective Conscience of the masses”. I declare war against it. The very hypothesis that every debate about the caste based reservation gets diverted to poverty based reservation is wrong. The poverty based reservation or economic reservation has a different name in public administration. It is called subsidy. Subsidy is nothing but the poverty based reservation. Whenever we buy key resources to live life… like food, kerosene, LPG, electricity, education etc. anyone if not capable to pay for these resources get this subsidy from the administration to buy. Subsidy have been in practice since quite a long time and will remain in practice for as long as there exists poverty in India. Hence, the very surface of the conclusion of the caste based reservation must be reconstituted as poverty based reservation falls null and void. Reservation for poor already exists and it is called Subsidy.
Now, bolt open the poisonous cave. The debate whether caste based reservation must continue of not. India has not emerged out of caste based atrocities, neither in urban areas nor in rural areas. It is just that handful of low caste families have got acceptance among the handful high caste families. That is, it. Nothing, not even an iota more, has happened than this. So, when subsidy will exist for as long as the poverty will exist, why caste based reservation must not exists as long as the caste based hatred does exist? Anyone believer upon science and statistics must have to agree with me that caste based hatred is prevalent in 21st century India. A very few Dalits have access in the personal or social lives of a very few elites. The ratio must be of 1:100000 if not more. Only to kind of people will find this ratio as exaggeration. One, those who are beneficiary of heinous caste structure of the society based Varna System devised by Manu Hrishi. And second, those who have got heavily benefited by the caste based reservation provided as per the Indian Constitution coded by Dr. B R Ambedkar.
India in 21st century have got two types of Brahmanism. The beneficiaries Hrishi Manu’s constitution and the beneficiaries of the Dr. B R Ambedkar’s constitution. As much as the Manu’s Brahmanism is receding, the Ambedkarite’s Brahmanism is increasing. This is very reason why caste based reservation is losing its significance in the “Collective Conscience of the Masses”.
Well, my dear brother and sisters. As swami Vivekananda, the only Hindu I admire, has infamously said. I wonder still, how beef eating American in Chicago can be the brothers and sisters but not the stone worshiping Dalits can be the brothers and sisters of Hindus. Nonetheless, my dear brothers and sisters, since you all are fond of carving a middle way for every debate. I tender a middle way for this debate on Caste Based Reservation. The solution is “Give Up”! As sermonized by the latest god… Just “Give Up”.
In an era where “Give Up” has become the coefficient of National Courage for bloody civilians. The last resort for civilians to prove their patriotism, wonder if soldiers get this chance to prove their patriotism by just “Giving Up”. So, if capable can give up their LPG subsidy, why can’t benefitted Dalits can give up their reservation? Why do we need to amend the constitution to fore block every single Dalit from the Caste Based Reservation?
If the people does not have courage to stop subsidies, why people are considering to stop cased based reservation? Why not go the midway as we have always done? Let’s just “Give Up”! Like privileged citizen have gave up the subsidy for LPG, let the few privileged citizens give up the reservation. Let’s do fancy advertisements in every media sources to give up reservation, why should we attempt to amend constitution for this pity thing.