Nakedness of global conflict and its impact on India

November 20, 2017
We are still taking it very lightly but RSS is becoming really very big threat for the idea of India. Once fully grown, it will be way more vehement than British Raj.
Threat is less from the Hindutva agenda of RSS but more from the ways it's being used by the global powers for even bigger evil game. 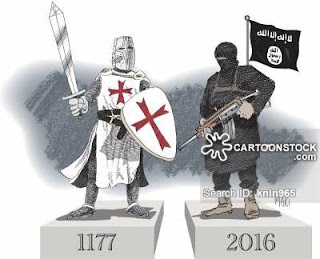 Hindu is not a religion by definition, it is an unauthorized proclamation for a collection of all the sects living in Indian subcontinent who revere natural resources or idols. Since post vedic era, Brahmins were constantly struggling for a  demographic identify against more organized and self growing demographic identities like Islam, Jude, Christianity, Buddhist, Jainism etc. From Shankaracharya to Vivekanand a lot of Brahman representatives have tried to bring Indian population under a singular identity. As of now it seems now that finally Vivekanand has succeeded with his idea of including Dalit and tribesmen into the second ring of Hindu identity. Until now all other nomenclatures like Sanatan, Bharatvarsh, Vedic, Shaivi, Vaishnavi, Sooryavnshi, Chandravanshi, Tantrik, Kalikey and a lot more had failed to accommodate every sect living inside Indian boundary. It's only after the effective application of caste hierarchy Brahmins succeeded to establish control in whole civil demographics but tribes remain discounted.
However, this size of population was enough to regain power at the central government. Christian left India by slicing it into two nations a Muslim and a Hindu. Not declared Hindu because no one was sure what Hindu actually is and who actually represent Hindus. A secular representation of Hindus in the form of Indian National Congress was the new boardgame everyone was excited to play. Had there not been communist and untouchables revolution on the peak at the time of second world war, India would have sliced into more fragments one each for a Brahmin, Rajpoot, Baniya, Dalit and Adivasi.
After the second world war, everyone was convinced that third world war is at the brink, Britain was the leader of the winners of second world war. It needed to prepare for the third, quitting direct rule of the colonies was its pressing first priority. India was the complex one, they almost abandoned it in the middle of dog fight.
In this dogfight, Hindu Mahasabha I.e. RSS got almost nothing. Baffled RSS had to mark its anger, killing mascot of secularism was apt. Hence the Baniya Mahatma was executed. Since than RSS is inching towards parliament very passionately to win it rule it and then ruin it. RSS wants to topple the Indian house of people representatives. As of now it is visibly going to be successful. Infact going very fast now.
Why RSS achieved this momentum all of a sudden?
RSS has become the victim of its own game plan. Like they're using Dalit and Adivasi to topple democracy. They're exactly being used by the Jude and Christian to isolate wipe out Islam. This is why RSS has all of sudden got the funds, media and corporate backing. Because Jude control fund, media and thus the corporate, Christian are siding with Jude for immediate benefits only. The ultimate winner of this game is Christian because they win whoever between Islam or Jude wins. The ultimate loser of the game is Hindu because they will be used as like woods in the furnace during the war and will be swallowed by whoever wins the war. RSS assumes that it will grow very powerful by the time their masters will be in dogfight but they're way too small and ignorant to understand that whatever they're being offered is second class, outdated and already used up.