Do I regret my MBA?

For those who are in hurry, I have a ready answer. i.e. No! I don’t regret it and for those who are dealing with their MBAs in the same retrospection as I do, I wish to explain why none of us should regret being an MBA. 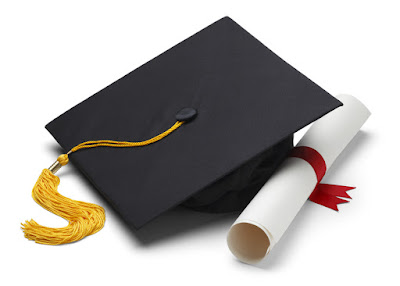 "Indian education system is full of prejudices. We insist that “everyone should know a bit of everything and that too within an age limit”. Owing to our socioeconomic and cultural diaspora, this is impractical assumption, thus an unjustifiable pressure on students. However, we do not have bandwidth to deal with this problem, we should simply submit to the mercy of the time.

Until the age of 5 years to 15 years, our kids deal with every kind of knowledge without appropriate support system. Horrible teacher-student ratio, dysfunctional or retired infrastructure, dust ridden libraries and treacherously changing syllabus… still they perform!

It was even more horrible for my generation. Ours was time when physical punishment and public shaming was the part of teaching curriculum. In our time, every class had pre-determined set of students who will be vouched to public shaming and most often 3rd degree harassment just for the sake of being whoever they are. I was one of them. I was dark, lame, Hindi speaking, MTI ridden paranoid zombie of my classroom. For most of my school time was spent thinking, why my parents want me to be in such a big school where I don’t stand a bloody chance to even tell my name confidently lest learning anything worthy. I spent half of my life wondering what useful should be done out my years left on earth. While everyone was imagining medicine, machine and management, I was lost in melodies, lyrics and poems. My friends used to worry about me more than anyone among the guardians or teachers put together. I had chosen Mathematics, because that was the only option left in an English Medium School for the boys of my native town. Other options were Hindi medium schools tagged barred as if those schools were meant only for untouchables or negros a century ago. Since that day till now, I regret why there was no good school for literature!

I regret that I am not formally educated in literature. I have, all my life, been scared of mathematics, physics and chemistry. Fortunately, my generation was introduced to something called computer. Yahoo Messenger was the window, through which I had conversations with a Vietnami, a Tibeti in exodus, a Kashmiri, an American and few Pakistanis. Computer helped me practice Chess without a fear of any public shaming if I lose the game. I realized I can win chess if I remove my fear of being ashamed off in case I lose. This was the time sky had fallen on my rhyming world. A friend, after returning from Bangalore, told that no one speaks Hindi in big cities and if we have to be relevant in this world, English is must. Those were days when my poems were in full demand and I was dreaming of living a full life as a poet and storyteller. I was scared because if English is grazing all opportunities, a Hindi Urdu poet will die of starvation! Yet again, I was forced to select Computer Science Graduation over Literature. I could not help because all my friends were choosing science and I stand no chance leaving my home without them. Three years, grace marks, substantive practical marks, exam hall mercy of invigilator helped me pass through computer science graduation. Yet again, I was all set to go for journalism in my masters but not even a crow or sparrow from friends were agreed to my decision. As they said, MBA can at least fetch us a decent job, what good will I be able to get from a journalism?

I had no answer! For me, my friends were always right. They had great choices of jeans, shirts and shoes. They all had at least one girl friend and a lot more to flirt with. They were all of fair complexion, tall than I am, relatively better in pocket money and of course respectful marksheets. I stood no chance to prove why, for me, journalism was better option than an MBA. I am a story teller, so I can be a good sales man, I am good poet, so I can be a good brand manager. I am a good English speaker, so I can be an administrator or a catalog writer or website content writer or product manager… but no-where, literally, no where I could see that I can be just a good observer who can rhyme the feelings of being a sensitive creature. Just no one could imagine I could curate emotions, I could word them and sing them for those songs could have heal us from the agony of being left alone in middle of dense crowd. I could have narrated how suicides seemed nicer then life for many who could have made this world a better place. I could have helped the world know, why sparrows and vultures has left us, where have they all gone? I could have painted new stars on dark skies which is getting smoky every night as compared to the last one.

Here I am, an MBA with distinction in computers and marketing with an experience of working with sixteen companies in last sixteen years. From Chennai to Chandigarh and from Baroda to Bhubaneshwar travelled all across India… city by city. I could never design a machine but sold them, I could not study medicine but sold them for a bomb, I could never write a piece but brought ads for a lot of news papers and magazines in my life. I somehow, by learning the art of treachery, managed to teach students of engineering and MBAs about how to live a graceful life in the world of profit mongers.

Yes, I don’t regret my MBA because I now know how to sell my stories, how to make money of my political insights, how to narrate histories and how to figure out what judiciaries, armies and parliaments of the world are syphoning away. What could have otherwise belonged to my kids or your kids or our kids.

Being a poet, I earned my self-respect. By being a story teller, I learnt what is emotional sensitivity of the masses. As a discarded soul, I have learnt how to do friendship with books. As computer graduate, I have learnt why they do not teach a lot of things in school. And as an MBA, I have learnt how profit and loss is a zero-sum game and why only point one percent is in profit and why rest of us are in loss! As a wanderer… now I know, how to wage war against the tyranny of those point one percent not so human but arrogant demigods.